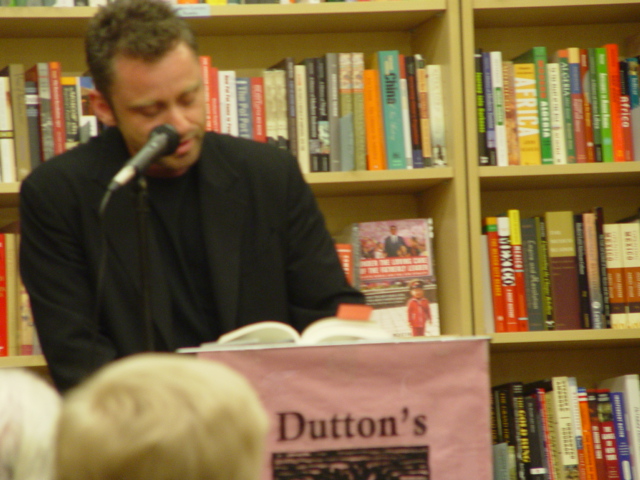 With almost two decades experience in public speaking on both legal and gender related issues, as well as presenting hundreds of cases to federal judges of varying backgrounds, Khosla has an ease and comfort in speaking to large and small audiences as well as fielding the most challenging of questions.  Indeed, Khosla finds it most rewarding to engage with those who are either newly exposed to gender transitions or simply skeptical or reticent in being asked to attend yet another “diversity” training.

What makes Khosla’s style unique is his use of highly personal vs. political language, and his unfaltering belief that we are each here to be mutual allies in the universal struggle towards self-acceptance, rather than simply making one group a witness to the other. In addition, he will often provide a brief and clear five-to-ten minute tutorial on the biology of gender development in the womb, how variations can occur during critical stages, and that gender identity, like sexual orientation, is also on a Kinsey-type scale or continuum.

If you are seeking the more traditional type of diversity training with lists of terminology, power-point presentations, and small group exercises, you have a wide pool of seasoned professionals from which to choose.  Khosla is not one of them (although he does occasionally co-present with author and professional trainer Terri Cook, due to their unique combination of personal perspectives, see www.alliesandangels.com)

However, if you are seeking someone who will step-by-step share his personal experience from a place so open and vulnerable that each audience member will be left with the sense that they have not only walked a mile in his shoes, but that something familiar within themselves has been stirred or illuminated, then this is a promise he can and will deliver:

[Khosla] gave the keynote address for the Day of Silence observance at the University of San Diego . . . Despite initial resistance from the administration, this event at a Roman Catholic university was a resounding success, with more than two hundred students, staff, faculty, and administrators attending . . . Mr. Khosla was the first person who had undergone gender reassignment surgery most of the audience had ever met, and he immediately upended the sensationalistic expectations created by daytime talk shows and other popular media. We were moved, inspired, and empowered by his words and being. Light and grace radiate from within him, and no one was untouched. He speaks with humor, humility, and authenticity about his struggles and triumphs in becoming the man he was born to be . . . His openness of spirit quelled any hostility members of the audience may have harbored. He is an amazing role model for our university community that wrestles with questions of belief and practice. We are grateful for the gift of his presence, and we unreservedly recommend him.

The Colorado Gold Rush is a national conference produced by the Gender Identity Center of Colorado. . .  [W]e had the pleasure of having Mr. Dhillon Khosla as our keynote speaker for Friday evening. His speech was so well received that for many it was the highlight of the entire four days. Mr. Khosla provided an insightful, provocative, and intelligent point of view, but it was his ability to personalize his message that elevated it beyond our expectation. He delivered his message with passion and warmth. Our attendees are widely varied and range from surgeons and other health care professionals to community activists and average community members. Each evaluation returned cited Mr. Khosla’s keynote address as a highlight of the conference and many even named it as their favorite moment.

We wholeheartedly recommend Dhillon Khosla as a motivational speaker. After hearing his keynote our guests as well as our board felt challenged, uplifted, and inspired.

This letter is my personal thanks for you presentation at the State Bar’s Labor and Employment Law Conference. I knew I had been compelled by your life experiences after reading your autobiography…

After the program I heard many positives about what a wonderful speaker those commenting found you. But perhaps the best measurement for me was my view of the audience: I was able to study the audience while you spoke and rarely have I seen an audience sit so still, absolutely transfixed by what you had to say and how you said it.

Please extend a very warm thank you to Dhillon Khosla from East West Bookstore! I’ve had several customers actually come in the store to thank me for having him come and say that they were so profoundly affected by his talk and able to relate. Having him tell his story helped them beyond description.

We would love to have Dhillon back sometime next spring if he’s going to be in the area.

In the meantime, please do reiterate the positive life-changing feedback we’ve received after his event, as well as a heart felt thank you.

[complete endorsement letters on file and available on request]